It is absolutely undeniable that Oslo was effervescently vibrant in 17 Mai and this was undoubtedly the most traditional appearance of the city represented by its dwellers in elaborate costumes. The central streets were bursting at the seams which does not happen quite often. Additionally the parade seemed to benefit from the favorable climate of May that accentuated its charm. Although night-life doesn’t seem to be the salient feature of the city, celebration didn’t stop until morning. 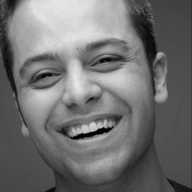